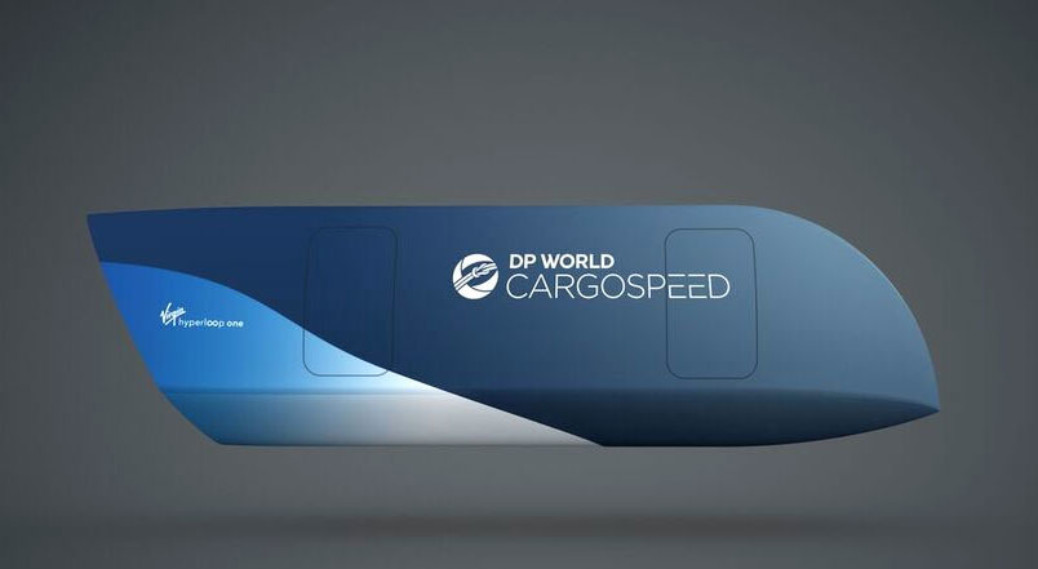 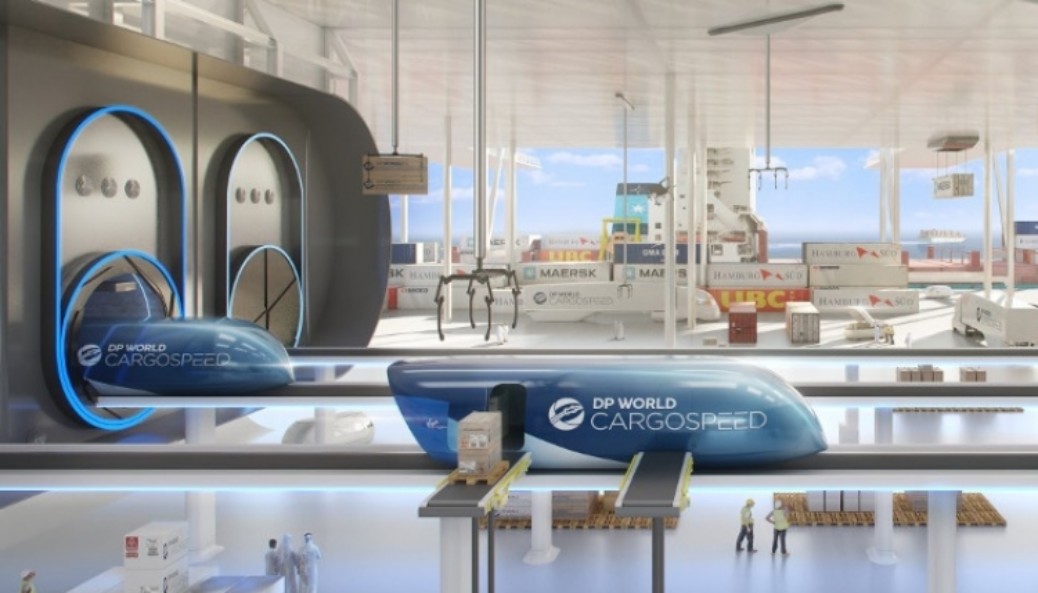 The first company specializing in cargo and freight shipments through the Hyperloop has been organized. DP World Cargospeed is described as “an international brand for Hyperloop-enabled cargo systems to support the fast, sustainable, and efficient delivery of palletized cargo.”

That means it has actual experience moving vast amounts of cargo which is vital. DP World (NASDAQ Dubai: DPW: DU) is interested in Hyperloop because bottlenecks of cargo containers and freight are a growing problem at the world’s ports. Vast numbers of trucks or railcars are needed to load or unload a single freighter; which can create massive traffic jams around ports.

Why a Port Operator is in the Hyperloop Business?

Cargo movement around many ports is slow, awkward, expensive, cumbersome, and incredibly inefficient. This limits economic development and does incredible damage to the environment and public health; because vast amounts of diesel fuel must be burned to move all that cargo.

Hyperloop can fix that because it is faster, cheaper, and cleaner. The Hyperloop is electrically-powered so no diesel fuel is needed. That eliminates pollution, or at least moves it to other locations. It can operate at speeds of several hundred miles an hour which can speed up cargo movement.

Another huge advantage is that the Hyperloop operates inside a tube. That means it can be buried to save space in crowded reports; run underwater (to meet ships at offshore platforms similar to oil rigs) and is not affected by the weather.

The hope at DP World Cargospeed is to build a next-generation supply chain for ports and airports based upon the Hyperloop, a Virgin Hyperloop One press release indicates. DP World Cargospeed will function as an interface between ocean-going ships or air freight and surface transport systems.

Towards a New Ground Transportation Infrastructure

A longer-term vision for DP World Cargospeed is to serve as a next-generation freight railroad connecting ports, cities, regions, and countries. A major goal will be to serve ecommerce with long-distance, high-speed, ground shipments, and another will be to provide a faster, cheaper, and more efficient supply chain for manufacturing.

The ultimate goal is to construct a faster, more efficient, cheaper, and environmentally safer ground-transportation infrastructure to replace existing railroads and highways. Such a system would also replace a large portion of the air-freight system.

An inherent advantage of such a system is that it will not need to run on fossil fuels. The electricity Hyperloop needs can come from nuclear fission, nuclear fusion, solar-panels, wind turbines, or hydropower.

Another benefit from a Hyperloop-cargo system is that it would be far less vulnerable to the weather, natural disasters, mishaps, and sabotage than present systems. The tubes and tunnels would provide protection from both the elements and saboteurs.

There would be no human vehicle operators, which will mean far fewer errors, and mistakes. Complete automation of the system, will allow for automatic adherence to safety protocols, and reduce the damage incompetent or irresponsible operators can do.

Such a system might be incredibly lucrative because demand for one class of freight; express delivery of high-priority shipments, might generate $516 billion in revenue by 2025, Virgin Hyperloop One estimated. Demand for air freight is expected to double over the next 20 years, even though the capacity of airports is not expected to double.

The potential profits from Hyperloop freight are vast, but the concept is still purely theoretical.

A Hyperloop freight system will be hard to build because of cost; and resistance from established transportation companies, and unions. Just imagine the reaction of airline pilots, truck drivers, and railroad engineers when they discover that Hyperloop is about to kill their high-paying jobs.

Vast numbers of new jobs are likely to be created by Hyperloop-enabled industries; but they will be of little interest to those profiting from the status quo in transportation. Visionary leaders that can resist the “protect my job security at all costs and screw the future” voting block will be needed.

Companies like DP World Cargospeed have the potential to change industry, transportation, commerce, trade, the economy, shipping, and our cities beyond recognition. DP World Cargospeed, Virgin Hyperloop One, and HyperloopTT (which is building a full-sized Hyperloop test track in France) must be watched carefully.

The disruptive potential of the Hyperloop technology is staggering and completely unappreciated. Hyperloop has the potential to be every bit as disruptive as the automobile and railroads once it is up and running, and moving freight. Those who see Hyperloop freight coming and invest accordingly, might make a lot of money.

Leave a reply Click here to cancel the reply

This site uses Akismet to reduce spam. Learn how your comment data is processed.

We're not around right now. But you can send us an email and we'll get back to you, asap.